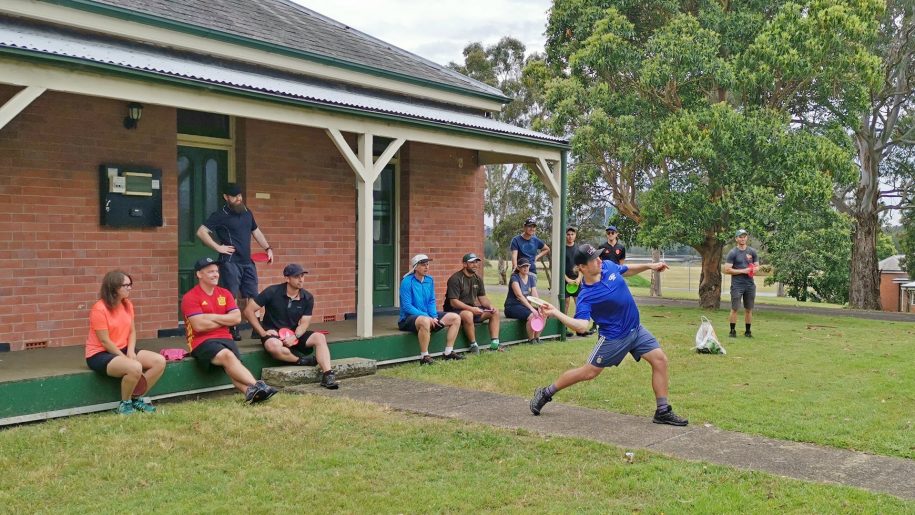 It was a wet and dreary start to the day, but the showers cleared and the wind eased for our November social event – a 3-disc challenge on the new white layout. The poor weather kept some of the regulars away, but conditions were perfect for attacking the short par-3 course.

Paul Comninos set the new course record with a blistering 14 under and a string of birdies. Close behind was Danny Su on 13 under and Mat Wallis on 12 under. Well done to Paul and let’s see how long the new record stands.

Priit Koiv was unfortunate to miss the ace on hole 7, with his forehand hyzer being roughly ejected from the chains. He then went on to have two more basket hits from the tee, but two double bogies hurt his final score.

Following the round, the group headed to the hole 1 tee for a closest to the pin (CTP) competition. Hole 1 may only be 55 metres long but it’s well protected and we saw a wide variety of routes taken by the group. At the end, Mario Tolberg’s forehand spike hyzer around the pines into the bullseye, was the best of the day.

A small group continued on for a second round after the main event, but it wasn’t long before the showers returned.