What is Disc Golf

What is Disc Golf?

Disc golf is played much like traditional golf. Players throw a flying disc, or Frisbee® instead of hitting a ball. The sport started in the 1970’s and has grown in the past decade thanks to the sport’s popularity on YouTube.

Disc golf is usually played on courses with 9 or 18 “holes” and the object of the game is to complete each hole in the fewest throws possible.

Players start from a “tee” and throw their golf disc to a target which is normally a metal basket with chains to catch the disc. The player takes their next shot from where their previous throw lands, until they “hole out” and get their disc in the target. Holes range from 40 metres to over 200 metres in length and can be par 3, 4 or 5 like ball golf.

Disc golf courses are usually located in public parks and wooded areas with trees and other obstacles such as lakes, rivers, sloping ground, etc. adding to the difficulty of the course. The challenge of disc golf comes from shaping shots around these obstacles and there’s many different ways to throw the disc to get from the tee to basket.

Unlike traditional golf, it’s rare to have to pay to play on a disc golf course and you won’t need a golf cart. It’s designed to be enjoyed by all age groups, young and old, male and female, regardless of economic status. It’s also a very social game, just like traditional golf, with social events, leagues, tournaments and professional players. 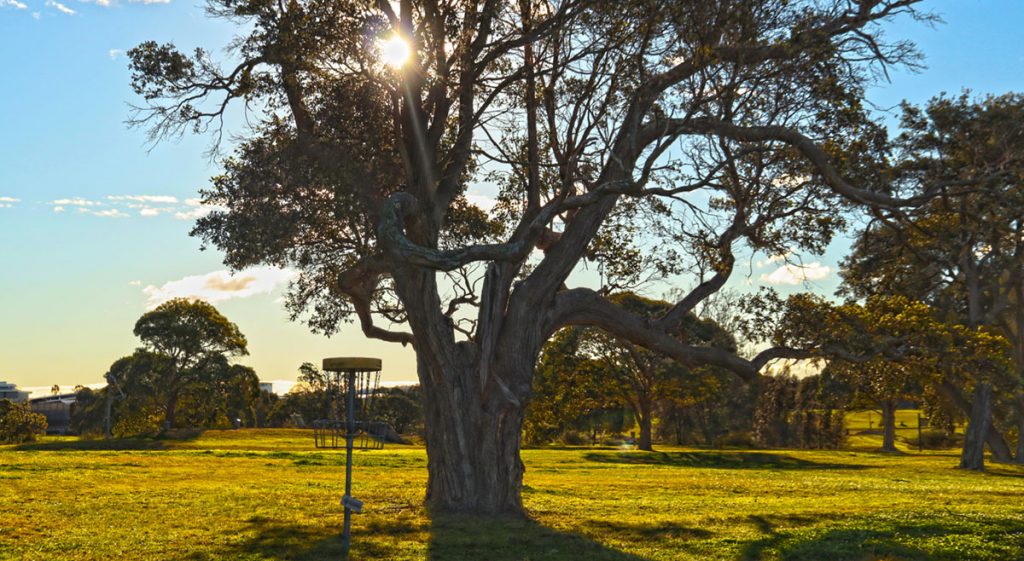