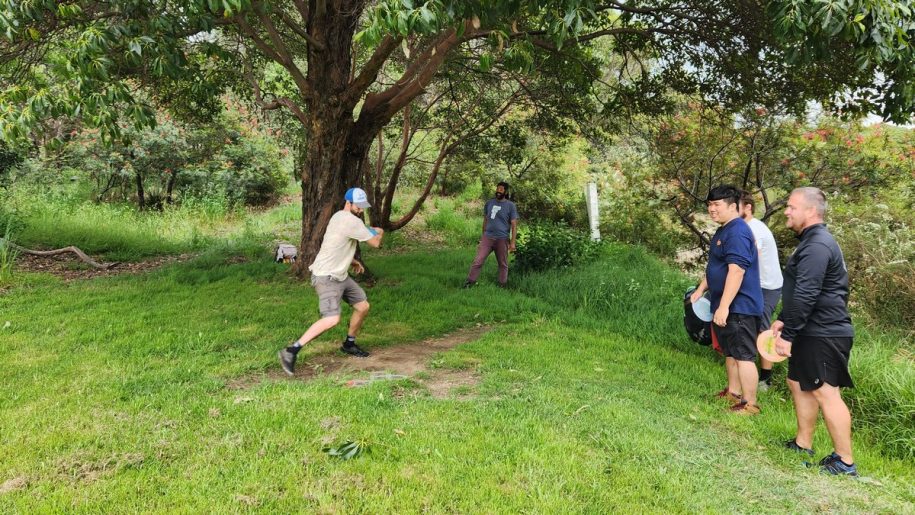 The weather forecast was sketchy but conditions turned out great. Overcast, no rain and the course was actually fairly dry. 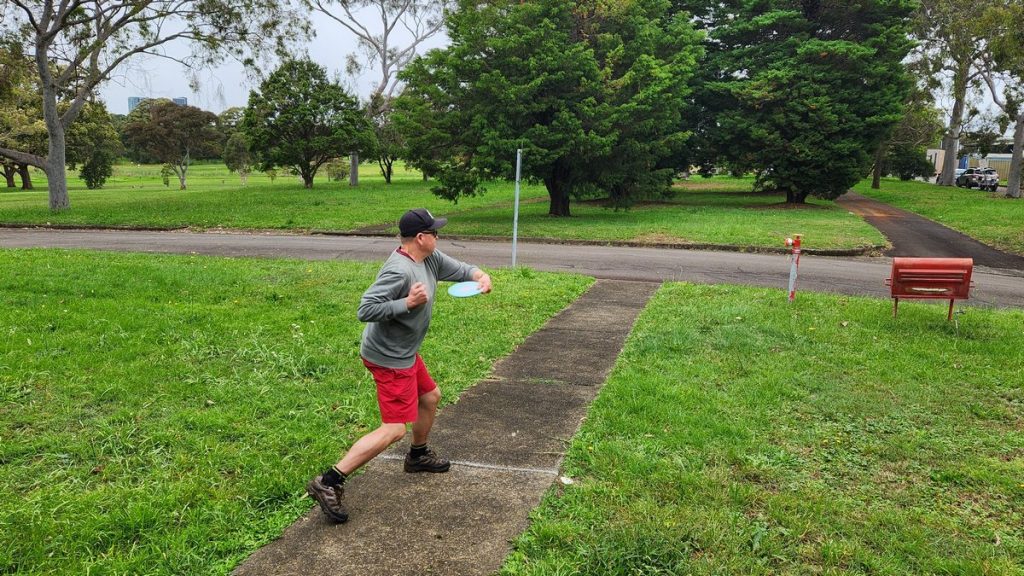 It was the white layout this month and we had to move the tee of hole 4 as we had to share the Armory with X-Race Australia and their Sydney event. With hundreds of kids and parents running around, it all looked a bit sketchy, but it all worked out and we heard a heap of kids at the end of the day bugging their parents about disc golf.

25 players turned up for our October social day after we had to reschedule it earlier this month. Mat Wallis and Rhys Wisniewski finished tied for first place at 10 under with Olatundji Akpo-Sani a shot back in third. Mat and Rhys proceeded to the hole 1 of the white layout for a play-off. Mat teed off first and hit the line up the middle ending up about 5 metres short of the basket. Rhys followed up with an even better shot just a couple of metres behind the basket. So on to hole 2 now for a CTP to decide the winner. Rhys had already won the CTP on hole 2 of the white layout so was feeling pretty confident. He opted for a forehand out to the left and it faded back to edge of circle 1. Mat then went the straight line with his trusty Berg and landed about 8 metres away to take the raw score win and monthly medallion. 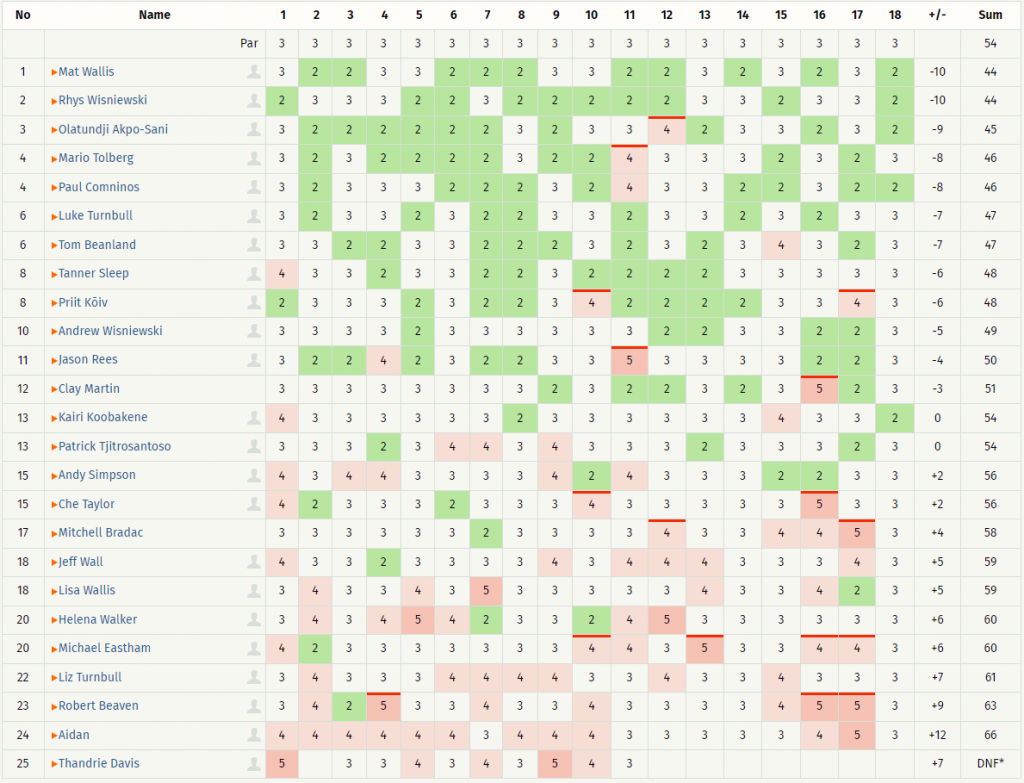 In the handicap league, ADG President Luke Turnbull shot an impressive 894-rated round to take the win by almost 4 shots over Patrick Titrosantoso and a further half a shot back to Lisa Wallis. 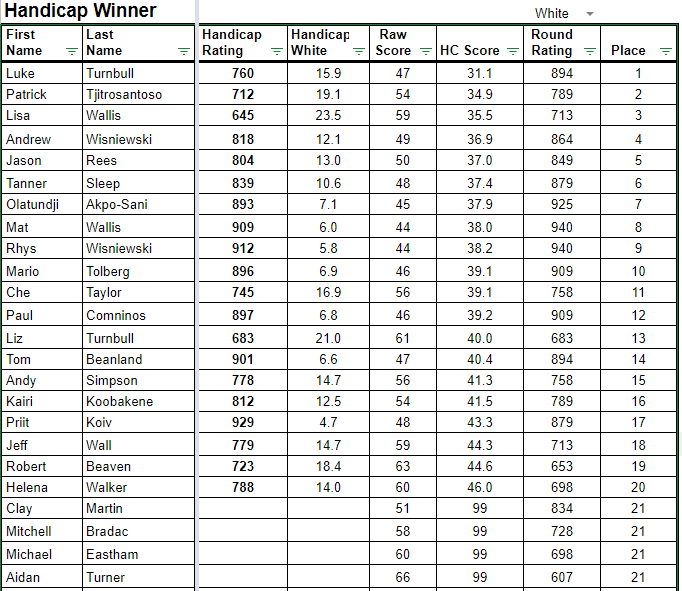 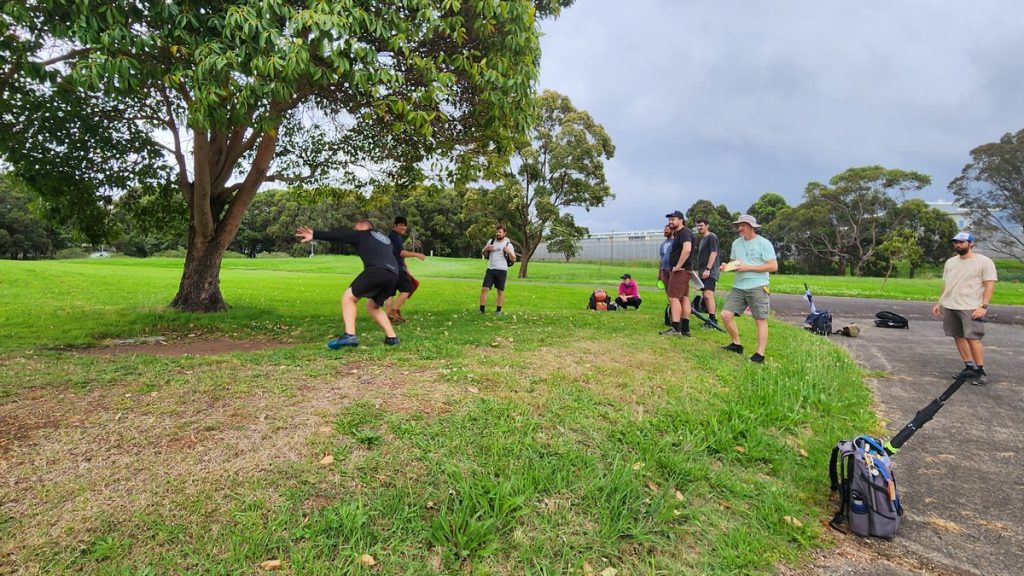 Following the main event, around half the players kicked on for a round of random draw doubles on the red layout. After a strong start and 2 under after 2 holes, Priit and Mat started talking up their chances of an 18 under round. It was at this point they started shooting pars and Tundji and Kairi took the lead. However, Mat and Priit  managed to make a comeback and took the win with a 10 under round. 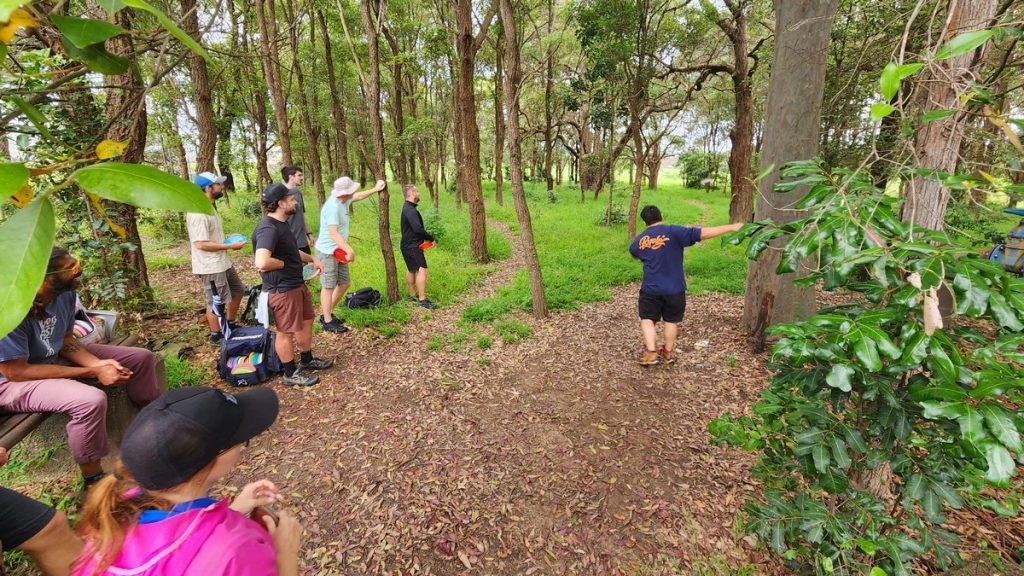