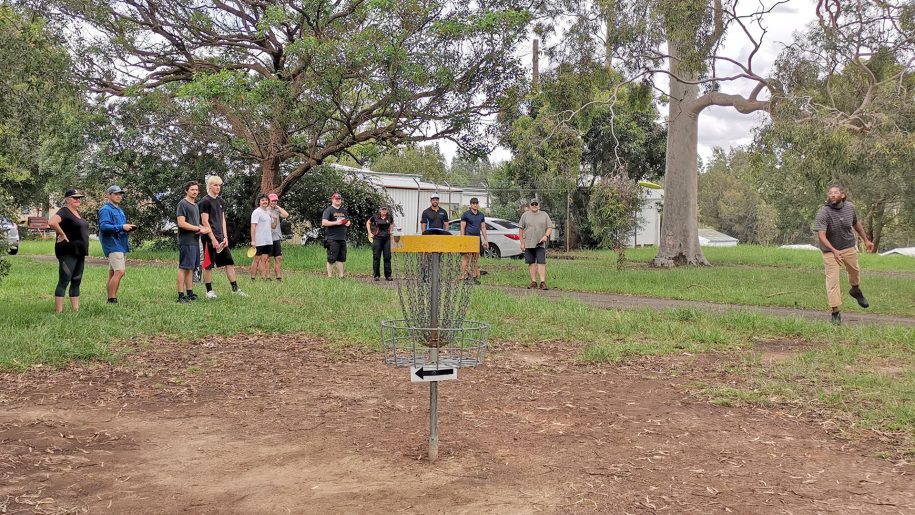 After two weeks of heavy rain and unprecedented flooding in Sydney, the Armory was boggy in many places and the grass long. However, that didn’t stop 22 players from turning out and playing the March social day on the red layout. Fortunately the rain stayed away until after the round and once again we welcomed a number of new players.

In the raw score competition, Olatundji Akpo-Sani had a breakthrough win with a 7-under round 50 in the tough conditions, taking the win by 3 shots over Mat Wallis and a further shot back to Priit Koiv and Paul Comninos. 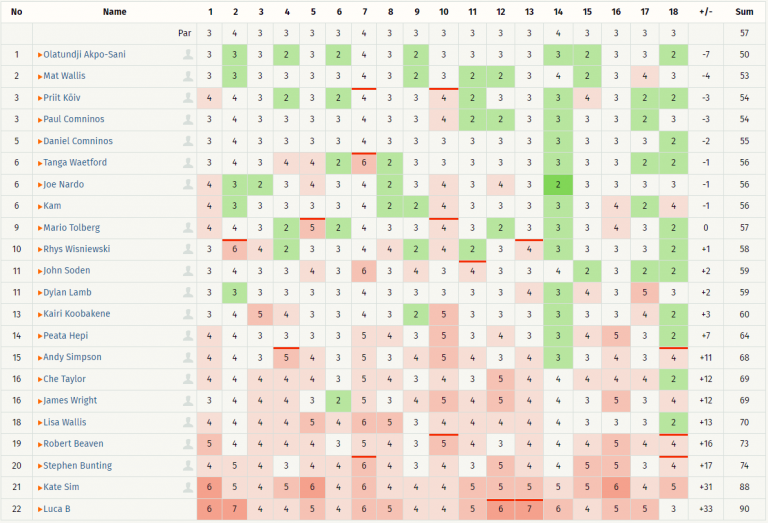 In the handicap competition, Lisa Wallis finished 9 shots better than her rating to take the win by 4 throws over Peata Hepi and Daniel Comninos tied in second. 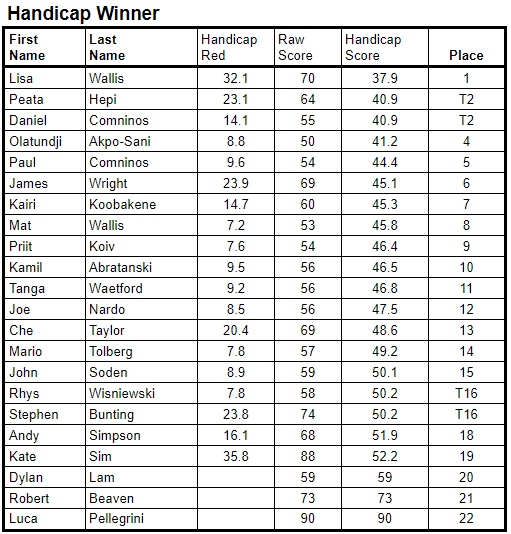 Following the round, a Disctroyer PA-3 Sparrow putter was up for grabs in a knockout putting competition. It didn’t take long until the group was down to four and then finally 2 – Che Taylor and Rhys Wisniewski. It took 3 rounds on the final pair until Rhys sunk his putt and took the prize.

After the first round, 6 brave disc golfers decided to go another round, playing doubles – the winner of the previous hole deciding the format for the next hole, i.e., best shot, worst shot, etc.

On hole 9 the group played worst shot but just before teeing off, they confirmed that ace would still count as completing the hole. That’s exactly what Priit decided to do, throwing a perfect forehand flex for an ace on hole 9.

The rain started on hole 12 but the group soldiered on and they’re glad they did, as on hole 13 they had to throw with their eyes closed … then Mario shows us that he’s good even with his eyes closed by throwing in a second ace for the day! Unfortunately, neither ace counted for the ace pool of $311 and it will jackpot to $325 next month.