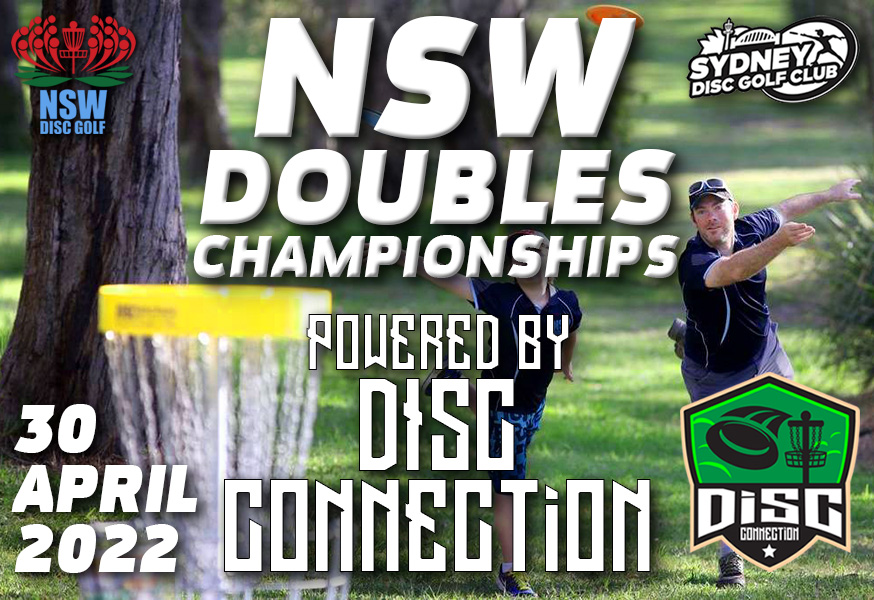 At the start of 2022, Sydney Disc Golf Club kicked off with the aim of making this year the biggest and most exciting one so far for disc golf in NSW. With that came plans for a fun, new event (for NSW anyway) – the NSW Doubles Championships. And what better place to hold this event than on the shores of Lake Macquarie on the Rathmines Championship layout, last played in 2019.

The weather forecast for the day was not promising, with heavy rain, gusty winds and possible thunderstorms. However, that didn’t stop an almost full field of 68 players from turning up on an overcast, but otherwise beautiful Saturday morning.

The tournament was split into 3 divisions based on the combined PDGA ratings of both players in each team:

Round 1 kicked off at 9:30am with alternate shot doubles. The course was a little muddy from the past few months rain, but conditions were close to ideal with fairly light winds. Some very light rain did spoil the second half of the round, but not enough to cause any serious trouble.

A short break for lunch before round 2 kicked off at 1:30pm and 18 holes of best shot doubles. The main rain front hit shortly after but fortunately the worst weather passed to the north and south of the area. 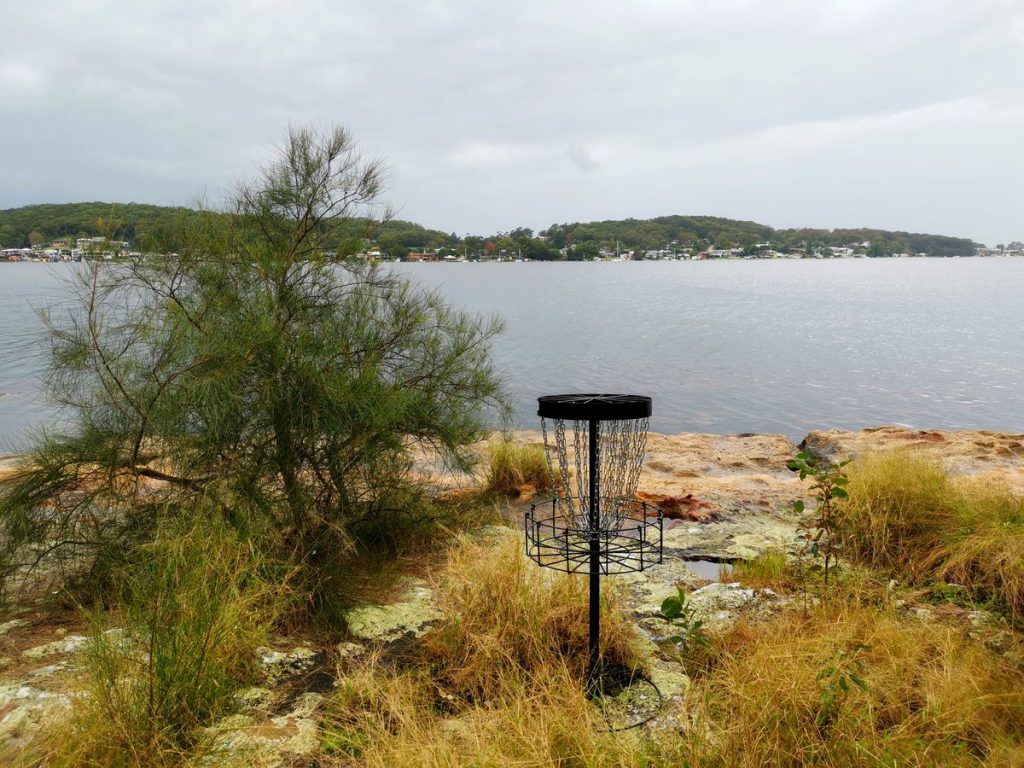 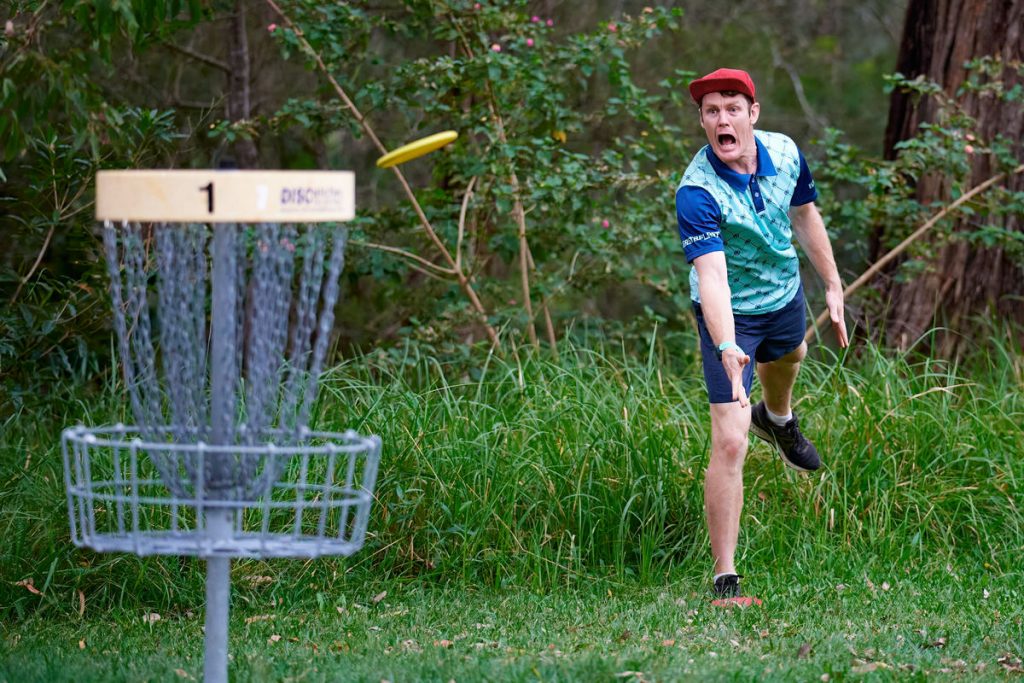 Chris Hill willing this putt into the basket 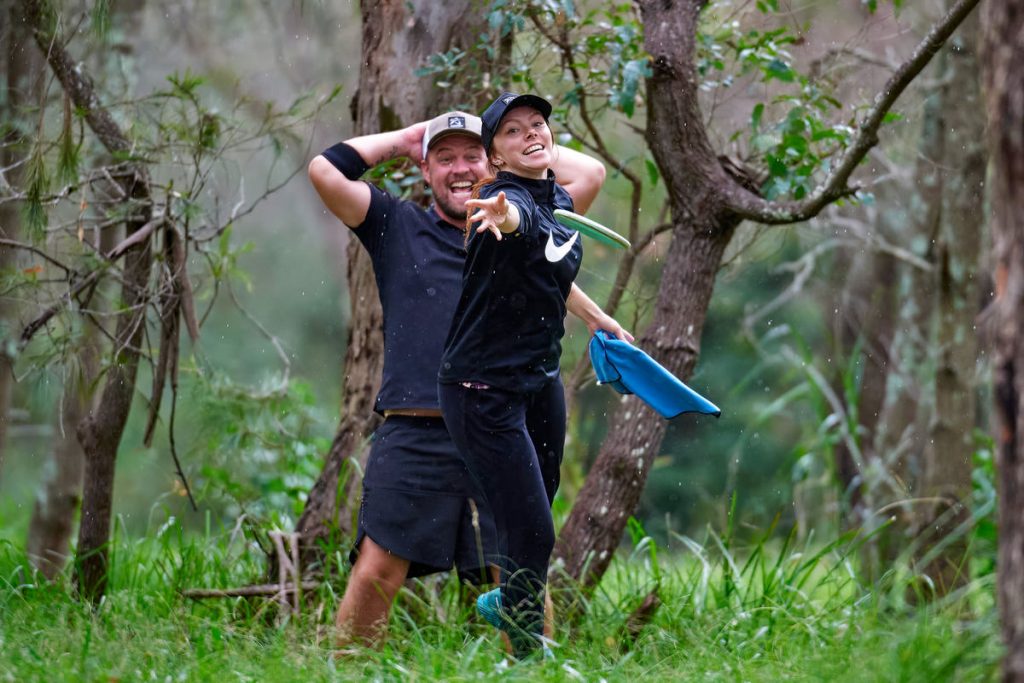 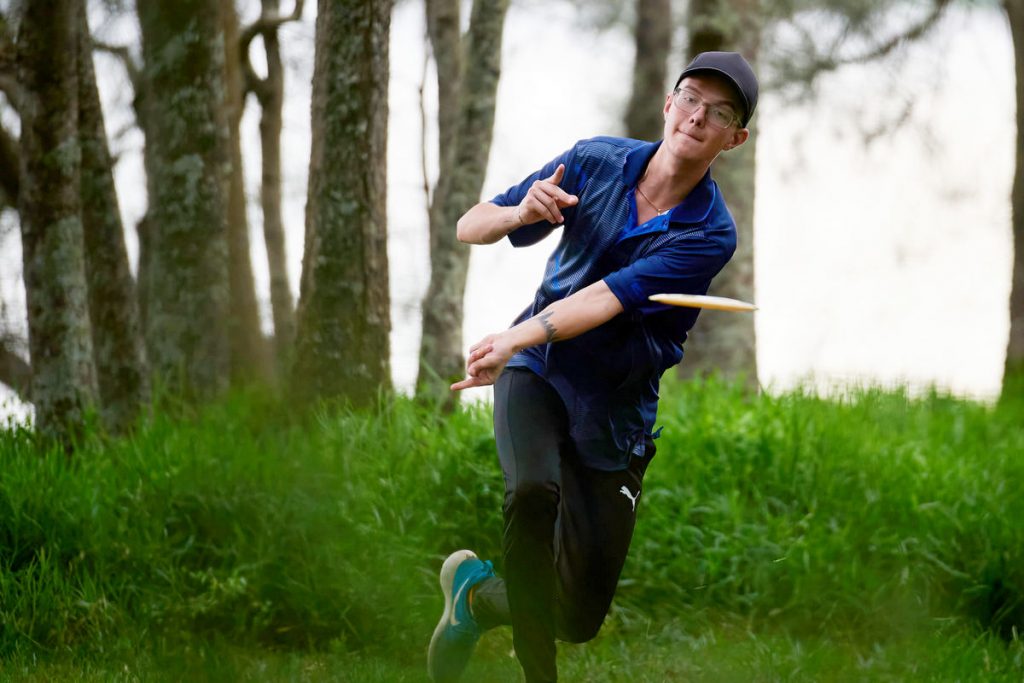 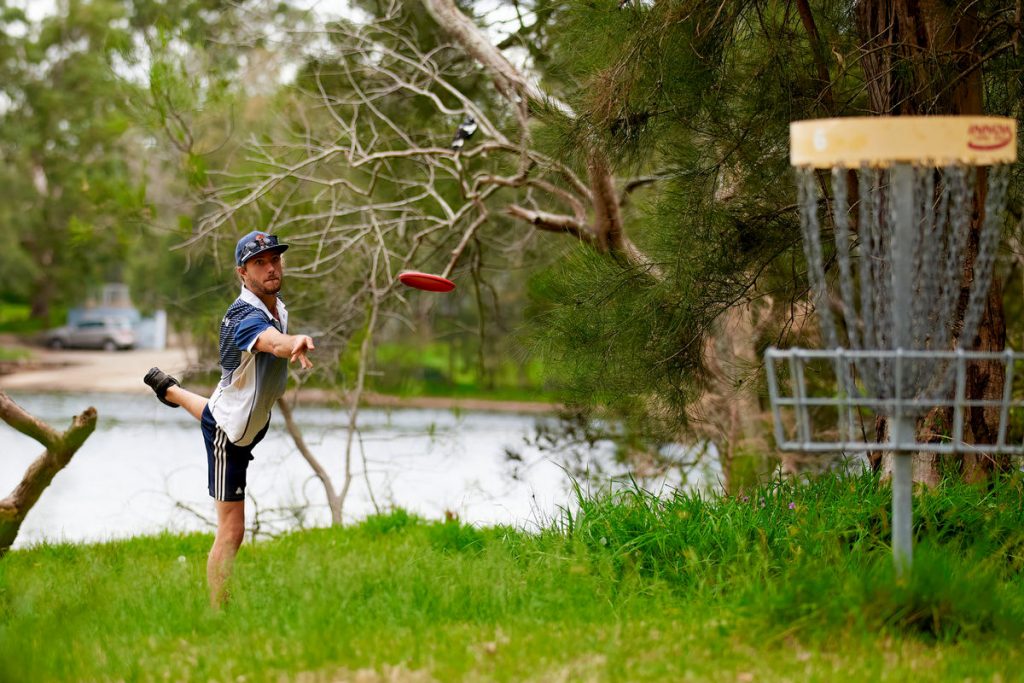 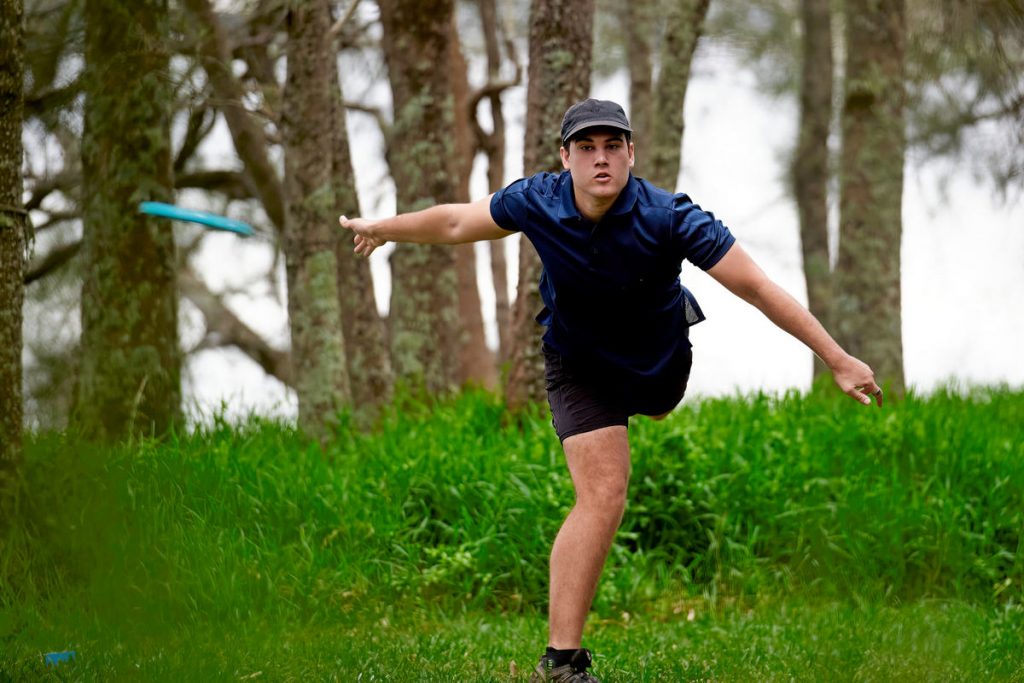 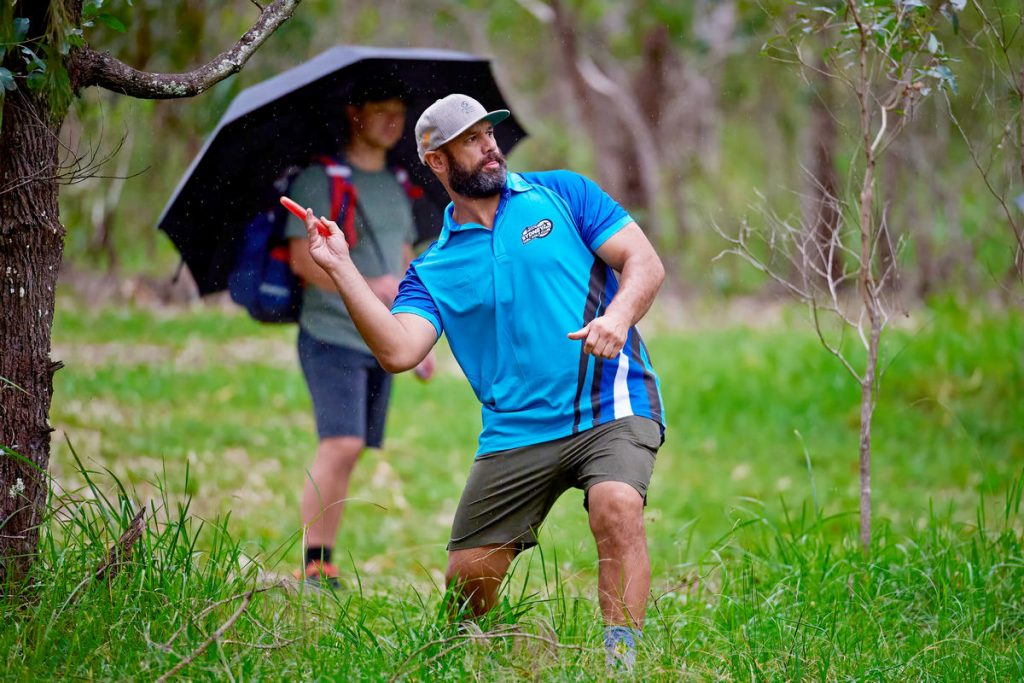 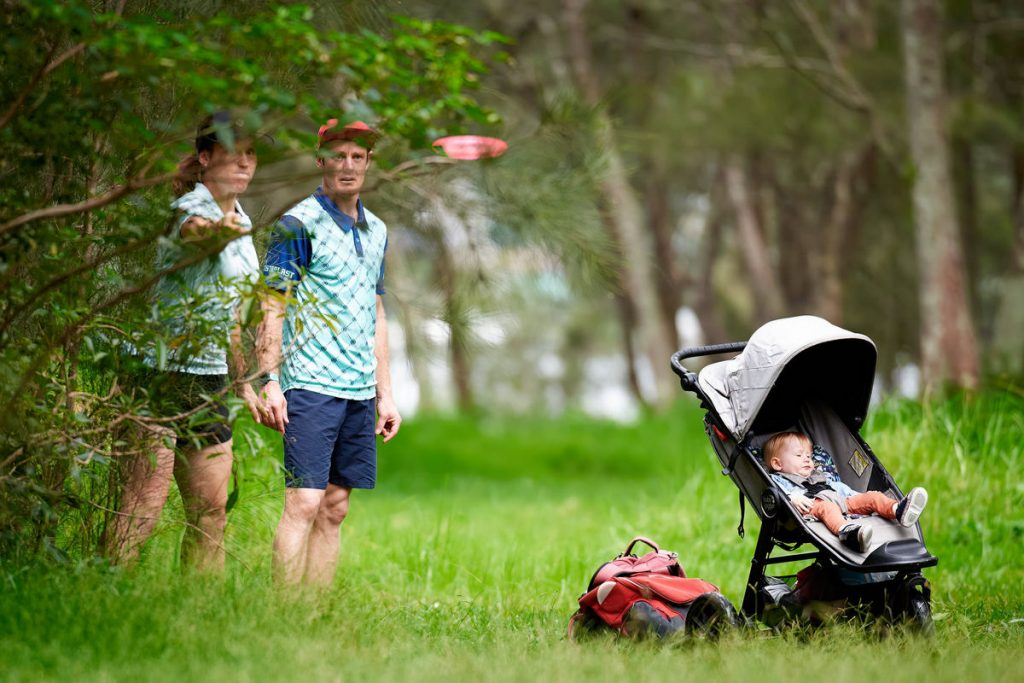 5 teams of top rated players battled it out in the top division. After round 1, it was a tight affair with only 2 shots separating the first 4 places. Chris and Gina Hill had the best round of the morning with a 1 over (65), along with Gavin Palmer and Matt Ellis (65).

Congratulations to Chris and Gina for becoming the inaugural NSW Doubles Champs.

There was a slightly larger field of 8 teams in division 2 (combined PDGA rating between 1700 and 1800).

After the first 18 holes of alternating throws, Clayton Beck and Josiah Smith finished with a 2 over (66) to hold a 1 shot lead over Kairi Koobakene and Priit Koiv (67). In third, Paul and Daniel Comninos were 4 shots off the pace (70).

In the second round, Josiah and Clayton extended their lead to finish at a respectable 4 under (124), beating Priit and Kairi (128) by 4 strokes. Neil Roberts and Greg Upton had a strong second round (134) to tie for third with Paul and Daniel (134).

Congrats to Clayton and Josiah for their strong win in division 2. 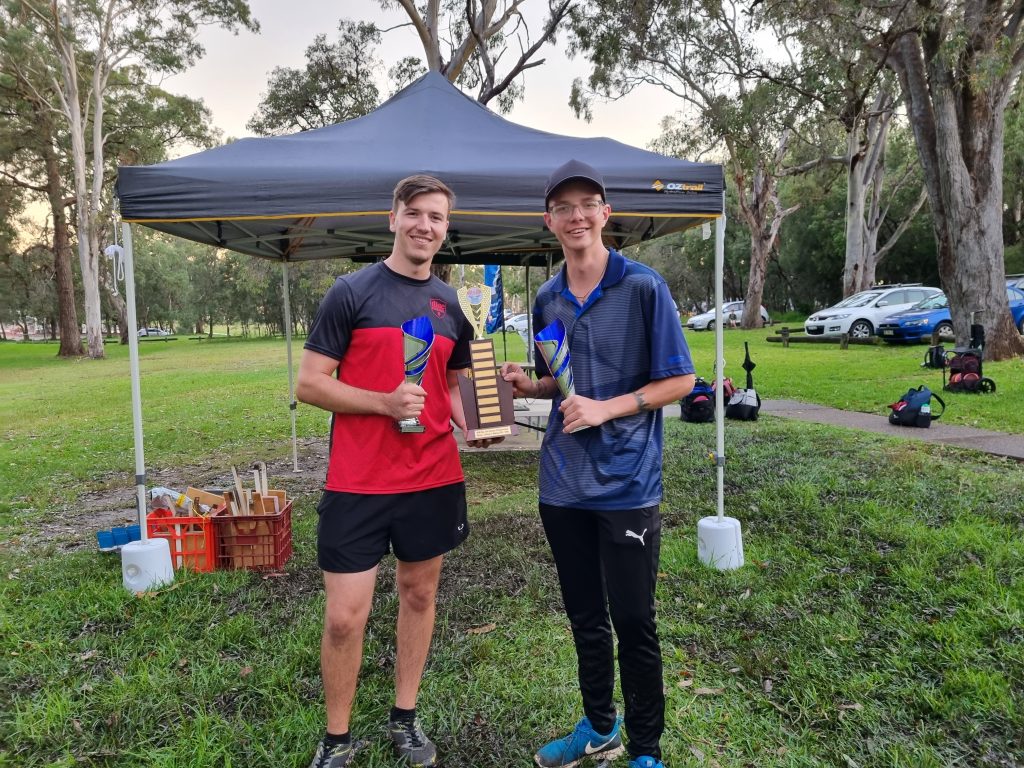 Division 3 was by far the most popular division with 21 teams competing. In round 1, Harry Bendall and Kade Ashton came out of the gates strong with a fiery 3 over (67). This was enough to take the half-way lead by 5 shots over the teams of Brock Brinkworth & Broden Sherratt (72) and Jonathan Jonas & Lewis Jones (72).

In round 2, Kade and Harry followed the pattern of divisions 1 and 2 with a dominant second round. They finished at even par (128) for the 36 holes, winning by 6 shots over Cameron Davies & Donald Cominos (134) and 1 shot back to Brock Brinkworth & Broden Sherratt (135). 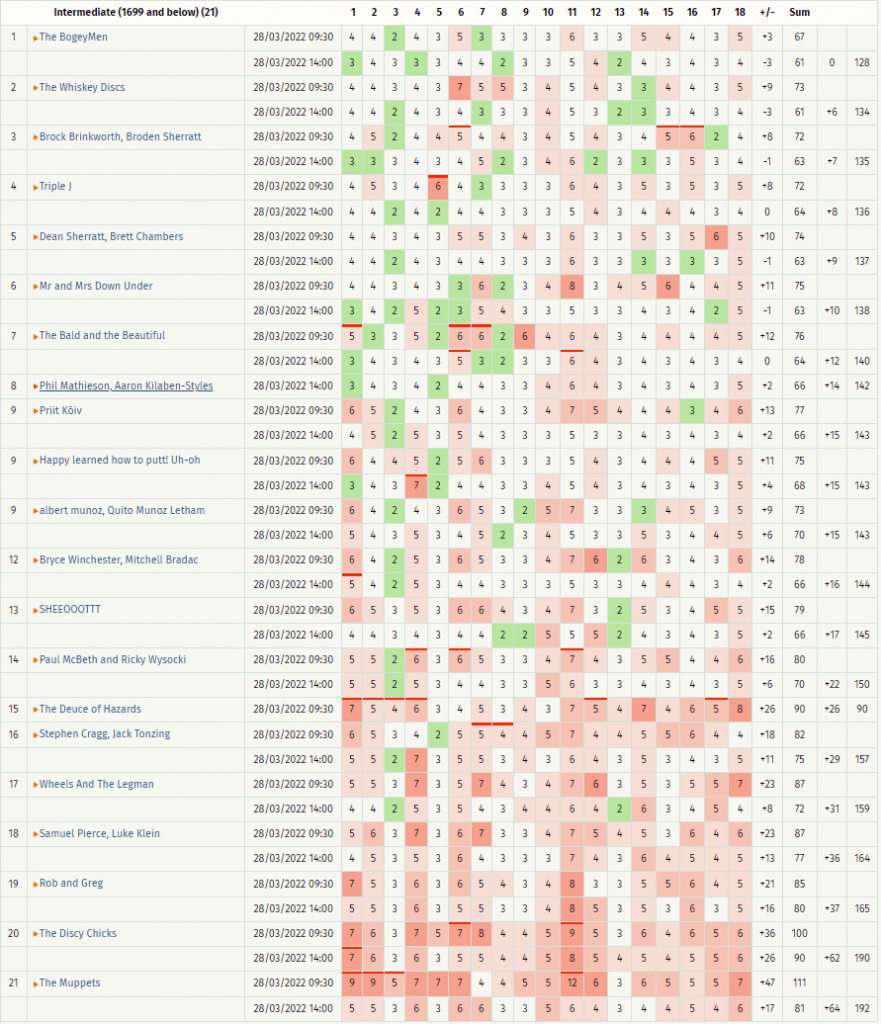 Well done to our division 1 winners – Kade and Harry. 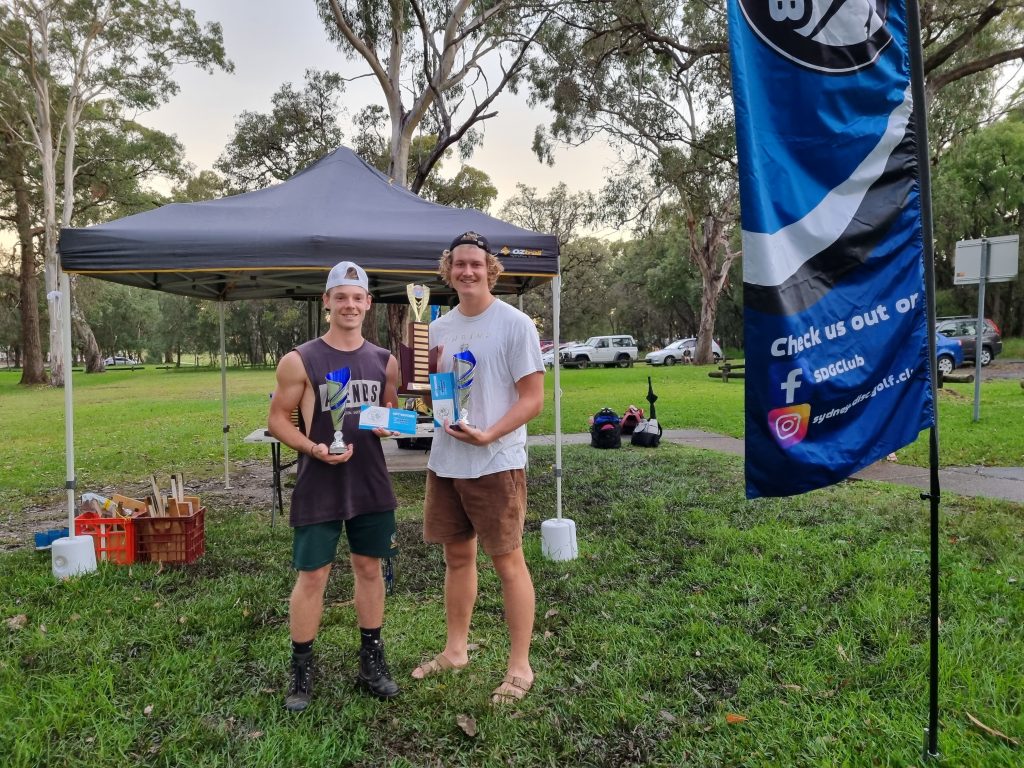 Based on the laughing and smiling faces at the end of the day, it appears that everybody had a great time.

Special thanks to Disc Connection for jumping in as our event sponsor. Thanks also to AUS DISCS and Disc Golf Warehouse for supporting the event as secondary sponsors.

Thanks also to Rhys Lavender for some wonderful photos and Phil Mathieson for providing baskets to make up the 18-hole layout.

Finally, a huge shout out to TD Priit Koiv along with Kairi, Tanga, Mat and Paul for organising the event.